Microphone types according to their polar pattern

You are here:
Sin categoría 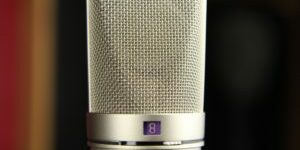 What is a polar pattern?

Omnidirectional are those microphones that capture sound with equal gain from either side or direction of the microphone. Imagine a microphone inside a globe: the whole globe will correspond to the places from which the sound will be captured. Therefore, if you want to record a voice, you can do it from anywhere around the mic, and it would be heard correctly. They are the easiest microphones to understand and also to build. If you want to record an orchestra that has a chorus behind it, the omnidirectional microphone would be quite suitable in this type of situation. However, the omnidirectional polar pattern, although it may seem the best option for any case, has its drawbacks, since it can pick up unwanted noise or instruments.

This polar pattern has a great flexibility. This is because its sensitivity range is in the front, minimizing (although not quite) the rear sensitivity. Its directionality is similar to the shape of a heart, capturing the signal sources that are placed in front of it. Therefore, this type of cardioid microphone is usually used for voice recordings (hand mic), guitars, drums, snares, toms … as it allows you to collect sound with quality without picking up other noises.

The supercardioid is a unidirectional microphone, which has the same heart-shaped polar diagram as the cardioid microphone. However, what differentiates both types of microphone is that the supercardiode one has a smaller sound reception, a more directional polar diagram, so it better reduces the ambient sound. Even so, they can still pick up some noises that come from the back. Generally this type of polar pattern is used for percussion and drum instruments, and also for live voice. These types of polar patterns work best when individual sound sources are collected in very noisy environments. They are also very resistant to feedback.

The hypercardioid polar pattern is characterized by having a much more closed uptake angle, so it eliminates noise and feedback more effectively. The capturing angle is smaller than supercardioid ones. They reject very well the lateral sounds and avoid feedback, although they are also somewhat sensitive to the sound sources that come from the back of the microphone. They are ideal for recording live bands (noisy environments)

A bi-directional microphone has a polar pattern in the shape of a number eight, so it picks up the audio in the same way from the front as the back, avoiding side sounds. It is the type of microphone most used for guest television programs, radios and podcasts.

What do you think of these types of microphone according to their polar pattern? Have you already decided on the best for your Home Studio? Tell me in the comments!

Types of microphones according to their construction
10/30/2019

Improving the acoustics of our recording studio
10/30/2019